Trust is in the Service

This Mid-West public university is well known as the first public institution of higher education in their state, with on-campus enrollment of more than 20,000 students, offering more than 160 major/minor options in the colleges of Applied Science and Technology, Arts and Sciences, Business, Education, and Fine Arts, and the College of Nursing.

Fast forward more than 150 years later, and the teams supporting the information technology requirements were faced with certain challenges: The IT infrastructure was aging, the mainframe was at end-of-life, and some staff members were no longer available to support the mainframe due to retirement in the unit. There were also competing demands for resources and the continued need to deliver the expected levels of service to the user community in a cost-effective manner, along with the desire to keep pace with advances in the industry.

It became apparent that outsourcing the mainframe was the answer. An outsourcing provider could help maintain the required Service Level Agreements (SLAs) while freeing up staff to work on IT projects that were considered more strategic in nature. A Request for Proposal (RFP) was developed, and the appropriate processes were included to ensure critical requirements were being met. The strategy was to develop a process that would serve as the model for future projects.

A larger core team was developed early, consisting of about 15 people from all over our campus, who wrote the RFP over several months. A smaller team was also developed to be responsible for shepherding the RFP through the process once it was written—issuing the RFP, responding to vendor inquiries, opening the RFP responses once they were received, and scoring them on a number of predetermined criteria.

In this particular case, because it was a large RFP, we invited all of the vendors to campus to give presentations to the campus community. Having learned from past experience, we asked the vendors to follow the scripted scenarios we had created so that it didn’t turn into a sales pitch. We gave a time at the beginning for introductions, and left a good chunk of the time for vendors to describe their solutions, methodologies, and all things pertinent to how they would support our requirements. All of this was sent to the vendors prior to the in-person meeting with the RFP committee, so each vendor could prepare in advance.

During the face-to-face meeting, we also gave time for the vendors to answer any additional questions using a formal process. We passed around cards on which audience members could write their questions, and then handed them to members of the RFP committee to prioritize, before reading them out loud for the vendor to respond. Everyone was also asked to complete an evaluation form, which the committee used as part of its input. After taking everything into account, we made our final recommendation to our purchasing group, and then negotiations were started.

The decision was to create a virtual private cloud with Blue Hill Data Services and to retool staff and the environment in order to change the technical infrastructure.

The people involved were those individuals who built and maintained the systems, who had real working knowledge of the systems. Some were close to retiring; others needed to use their resources in other places for other things, and those people who were integrally involved made the project work very well.

Making sure we know who was responsible for each critical activity ongoing task.

Designing a robust network with multiple redundant connections so there were no latency issues. This architectural design also allowed the mainframe services to remain online during the aftermath of Hurricane Sandy in the northeast United States.

With over 400 years of combined systems administration and operations experience in-house, there was a lot of knowledge that needed to be transferred for a seamless transition and to meet ongoing SLAs.

Robustness of the Services

This was crucial, especially with the robustness of the network bandwidth mentioned above.

This University was seeking a vendor established in providing mainframe processing services to support the continuous day-to-day operations of the University and to take advantage of current and future technologies. They required a vendor with sufficient corporate resources (financial, marketing assistance, research and development, service and support) to satisfactorily perform the requirements of the contract in a manner commensurate with the scope of the project.

The mainframe at the University has been a key part of its ability to achieve the University’s vision by providing timely and accurate information to various customer groups. The University is in year six of the life of the current mainframe.

The University’s objective is to create a simpler IT environment with greater flexibility that enables efficiency, reliability, and agile business operations at the lowest cost to the University.

"Migration planning was excellent, and the tactical execution was flawless. From the time we stopped processing to the time we resumed production work was a total of 19 hours. This time included making the final backups, packing our tape library for shipment, transporting them, restoring the system, and extensive testing.”

“The part that speaks volumes so far is the robustness of a key strategic outsourced IT service. The campus was very worried about this, the developers were even more worried, and none of those concerns came to light. That translates into credibility and buys confidence among our customers that we can do this again. That speaks volumes, the fact that there was a lot of doom-and-gloom predicted and then the fact that nothing bad happened throughout the migration process.”

“One of the things Blue Hill said that we liked very much during the evaluation process was that the SLAs serve as a base of expectations, but not their ceiling. This philosophy was reinforced when we did our reference checks. Each one of the references said that Blue Hill always does more than what they say they will. And this has proven true.”

“The Office of the University Registrar staff was pleased with the seamless transition and the superior customer support provided by Blue Hill. They are proactive and bring to our attention ways to make our processes better. They are a pleasure to work with and we appreciate all that they do for us. I would recommend them to anyone who is considering a migration to a cloud environment.”

“And I would continue on the theme of robustness, that change management has been robust. When a service outage was required, and either being requested from our end or theirs, the communication and coordination has been very clean and has worked well so far. We haven’t tripped over each other with any kind of planned services interruption.”

“The biggest challenge was that no one knew what to expect. Although there were a couple of people on our team who had worked with outsourcing companies in the past and knew that this could work, very few other staff had experience with outsourcing providers and did not know what to expect. Questions like, What would happen if a problem occurred? How would it get resolved? Or would our user community get put into a queue and not get a real person on the phone? The good news is that a very good relationship developed between our staff and the staff at Blue Hill, and we felt secure that its needs would be met.”

“That’s what I really like about partnering with Blue Hill. My biggest fear was the unknown, not knowing who I was going to be talking with, not knowing if that person is going to be competent enough. Working in a technical area, people would come to me and ask questions. Now those people are either coming to me and I’m going to directly to the team at Blue Hill, or they’re answering those questions directly.”

“Collaboration and trust has continued to build, not only in the staff but also in the service being provided. Trust is in the service.” 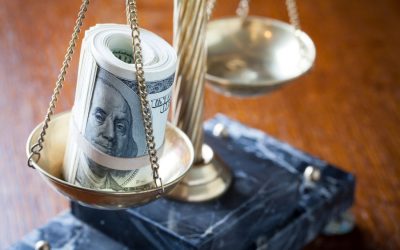 Grade A+ Service: Why Customers Continue to Turn to Blue Hill/CAPS 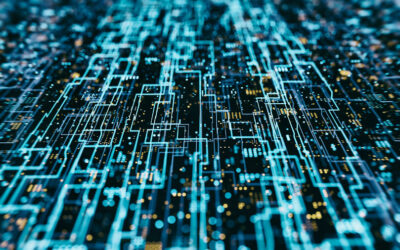