Grade A+ Service: Why Customers Continue to Turn to Blue Hill/CAPS

This financial services company required several cost-effective fundamentals including power and cooling for their systems, disaster recovery capabilities, flexibility, and effective communication throughout the engagement. Learn why they chose Blue Hill/CAPS as their IT solution provider.

When this northeast financial services institution was searching for a data center provider, several important factors were critical. This company required several fundamentals, from power and cooling for their systems, disaster recovery capabilities at the appropriate price point, and flexibility and effective communication throughout the engagement. With all of these key components in mind, the company turned to Blue Hill Data Services/CAPS to fill its operational requirements, and has remained a loyal client ever since.

“It’s been very reassuring that through recent storms, there has never been any disruption to our service. It was a true test of Blue Hill/CAPS’ capabilities…I came from a very large company and have been around very sophisticated data centers…and at the end of the day, we expect certain fundamental things,” said the VP, IT Operations.

This firm also required a service provider with an effective and seamless disaster recovery plan. After being hit by a destructive storm in October 2011, with no serious consequences, the team at Blue Hill/CAPS proved that they were the right choice for the job – everything went smoothly. This VP, IT Operations described this as a “milestone” in their relationship.

“During that storm, we never had any issues, everything was seamless,” said the VP, IT Operations from this financial services firm. “There has also been a level of communication that is comforting during those times. Where other companies, actually clients of ours, were having issues during the storm, it was very reassuring that communication with Blue Hill/CAPS was continuous.”

One year later, this financial services institution faced another challenge when it attempted to run its own data center. Unsure of which direction their business was heading, they once again turned to Blue Hill/CAPS for assistance. The team at Blue Hill/CAPS was extremely accommodating, taking the time to solve the client’s issues and providing a flexible contract. Eventually, the client decided to change its strategy and once again chose Blue Hill/CAPS.

“At that point, there was a very good chance that we would be leaving; not because of service, but from an internal design standpoint,” said the VP, IT Operations. “Blue Hill/CAPS worked closely with us, and we literally turned around our decision to staying with Blue Hill/CAPS and are very happy we did!”

The VP, IT Operations added, “It turns out that Blue Hill/CAPS has been a very valuable partner of ours over the past many years. I would grade them and their team an A+ service provider.” 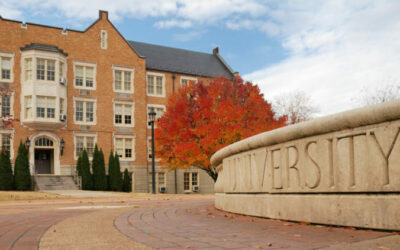 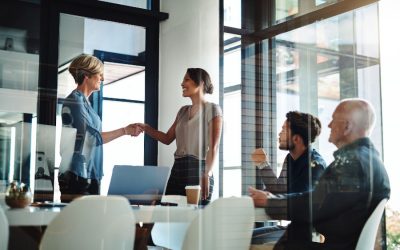